Welcome to renew the lines of the western service area

Nysse's entire service was renewed in 2021, when the tram started operating from Hervanta and Tays Central Hospital to the center of Tampere. The tramway will expand from Pyynikintori to Lentävänniemi in the next few years, so now is the time to design the western bus and tram line as a compatible entity.

At the same time, the service on other western bus lines will be renewed to match the service levels assigned to the areas. The new western service will be planned in 2022 and will be taken in to use during 2023-2024. 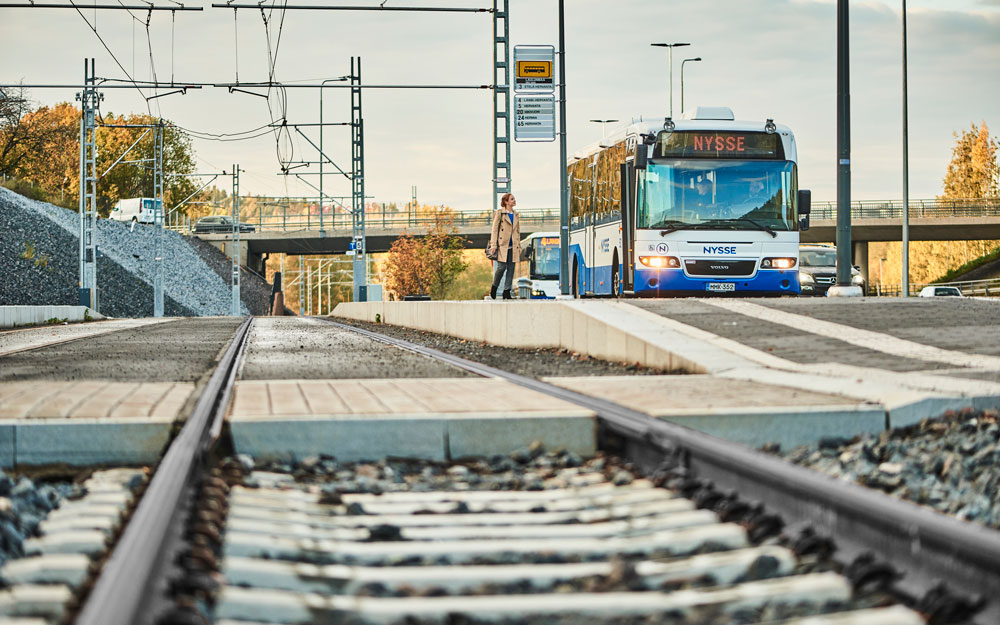 Be the expert of your own area

Customers are involved in the designing from the beginning. In March 2022, we opened a mobility survey which will help us to map the mobility habits and needs of the Western service area. The survey was open until April 18, 2022.

We are also renewing the principles of line designing, which we will use in other line projects in the future as well. The most important themes in the service reform in 2021 were the accessibility of the center of Tampere, the minimization of overlapping lines and efficient interchanges. The starting targets for the western service have already been set to

The design principles and targets of the service will be refined in March-April together with customers and stakeholders. Once the groundwork is done, the actual line design can begin.

There is an "Add Comment" button in the upper right corner of the map service, which you can access to access the commenting tool. With the tool, you can click on the desired point in the plan and leave your comments. Note that the map service works poorly on mobile devices.

The design proceeds in stages

A draft of the lines will be published first, followed by different versions based on the development ideas and feedback received. You can familiarize yourself with the plans in a browser-based map service and give feedback on them at all stages of planning. If possible, we will also present the line at residents' events.

The lines will be finalized in January 2023, after which a decision will be made by the Regional Public Transport Committee. The tram route Pyynikintori - Santalahti will be opened in autumn 2023, but it will not yet have a significant impact on bus service.

The service level of the renewed western lines will be decided in January 2024 and will be introduced in stages during the summer season 2024 and the winter season 2024-2025.

What areas will the service plan cover?

A tramway is being built on the route Pyynikintori - Santalahti - Hiedanranta - Niemenranta - Lentävänniemi. The tram service will also have implications for the bus service in Lielahti, Niemi, Ryydynpohja and Siivikkala.

The reform of the western public transport service will also effect the areas of Epilä, Ristimäki, Tohloppi, Tesoma, Ikuri, Lamminpää, Haukiluoma, Myllypuro, Kalkku, Rahola and Villilä and in the entire area of Ylöjärvi. In these areas the service level will be analyzed based on the area's travel needs, available funding, municipal zoning and, among other things, transport and business policy objectives. 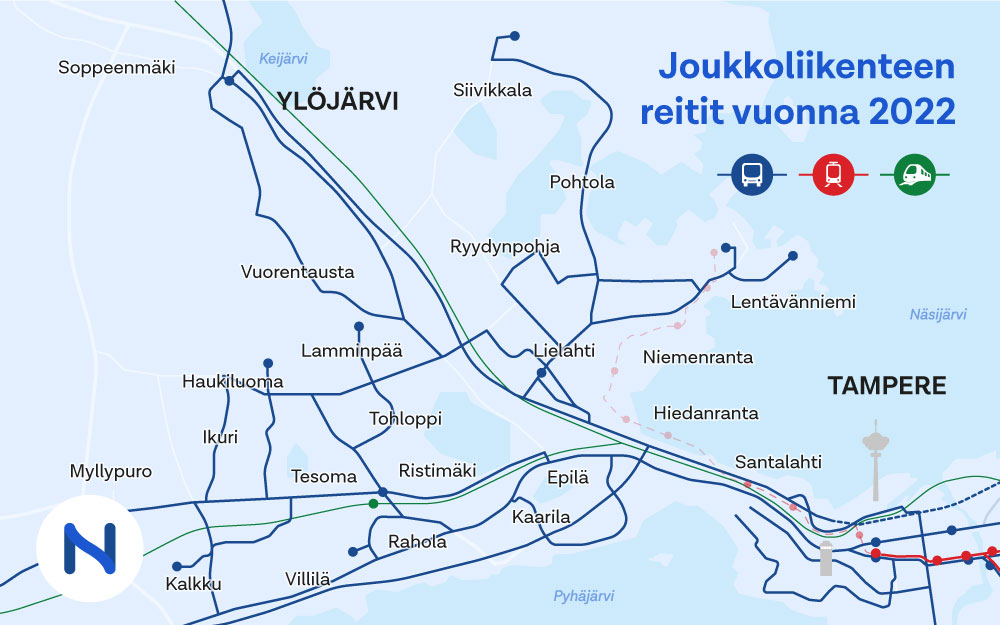