Welcome to use the city bikes again in the spring!

The city bike season in Tampere starts on 15 April and ends on 31 October.

You can only unlock one bike at a time. Every user must register personally in the app.

Open the Tampereen kaupunkipyörät app and select a city bike station from the map in the app. Select the bike you want from the list. You can identify it from the series of numbers on the frame.

You can also unlock the bike by reading the QR code of the bike using the app’s QR code reader.

Your phone's Bluetooth connection and location information must be turned on. 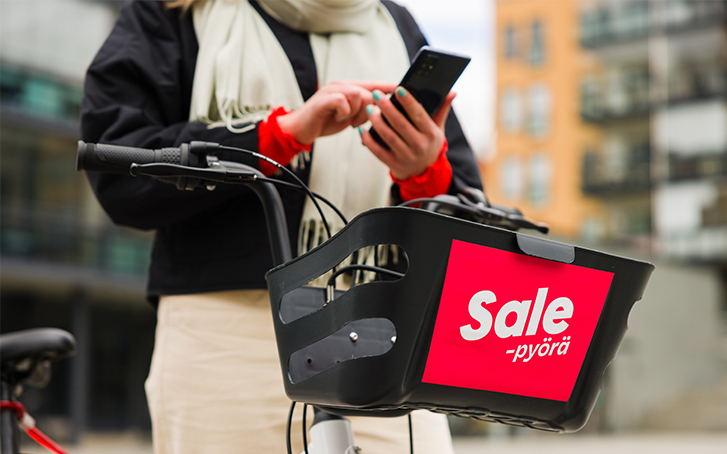 You can ride for 45 minutes at a time at no extra charge. If you ride the bike for more than 45 minutes at a time, your payment card will be charged according to the pricing list. The maximum ride time is 5 hours. If you exceed 5 hours, the extra fee is EUR 80.

If you want to ride the bike longer than 45 minutes without extra charges, return the bike to any city bike station and end the ride using the app. You can start a new ride with another or the same bike.

You can lock the city bike temporarily outside of the city bike station. Use the locking latch of city bike and select “Pause” from the application. In pause mode the city bike is still in your use. When you want to go on, end the pause with the app. The lock will open and you can continue your journey. Using your own lock is not allowed.

Total rental time is still running while on a pause. Trips longer than 45 minutes will be charged according to the pricing list.

For the use of city bikes, the Tampereen kaupunkipyörät application is downloaded, which is used to register as a user of city bikes and to pay for their use. The Tampere city bike system was launched in June 2021. 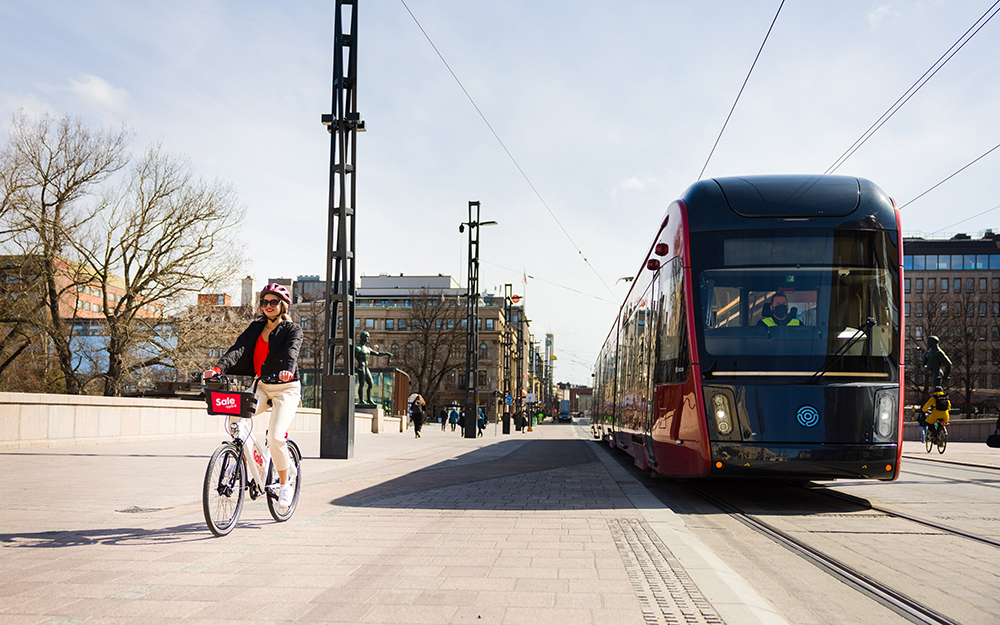 During the city bike season, up-to-date information about city bike stations can be found in the Tampereen kaupunkipyörät app and in the Nysse journey planner.

Registering as a user of Tampere city bikes is done through the Tampereen kaupunkipyörät application, which is also needed to use city bikes. The Tampereen kaupunkipyörät app can be downloaded from the Google Play and the App Store. When registering, the user enters their payment card and contact information, and accepts the terms of use and security policies. In the application, the user selects the license for the desired time (day/month/season).

You can purchase a licenses for a day, a month or an entire season. The license to use the bike for a day (24 hours) costs 4 euros, a month (30 days) 7 euros and the season (until 31 October) 25 euros. The license is valid from the moment of purchase.

All options include an unlimited number of 45-minute trips. If you ride the bike for more than 45 minutes at a time, you will be charged  €1 for each additional 30 minutes.

Beginning the use of the bike

City bikes are available at any time to the users who have registered and paid for the usage period. City bike stations and available city bikes can be easily found using the map in the Tampereen kaupunkipyörät app.

Alternatively, you can also unlock the bike by reading the QR code of the bike using the app’s QR code reader.

The user can drive an unlimited number of 45-minute trips at no extra charge.

At the end of use, the city bike is returned to any of the city bike station. Finish your trip in the app and wait for confirmation that the trip has ended. If the return is not successful immediately, please try again.

Up-to-date information on the locations of the stations can be found on the map of the Tampereen kaupunkipyörät application.

We have compiled a list of frequently asked questions and answers about city bikes. Hopefully, these will answer any questions you may have on this subject.

The telephone service is closed until 15 April 2023.