Joint tickets for Nysse and events

Hop on Nysse with an ice hockey match ticket 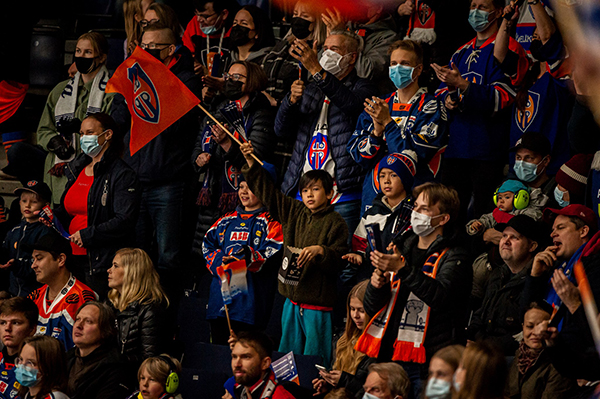 Nysse, Tappara and Ilves are testing a new kind of event ticket in ice hockey league games. All match tickets and season tickets for the league matches of Tappara and Ilves include the right to travel with Nysse on the day of the home game.

The right to travel is valid on Nysse buses and trams in all zones. On December game days, tickets will also be valid on VR's commuter and long-distance trains throughout the Nysse area, which includes Nokia, Tesoma, Tampere, Orivesi and Lempäälä railway stations. In addition, match tickets are valid in Valkeakoski's Nysse traffic, which uses the Nysse ticket system.

More information on train traffic in the Nysse area >

Confirm your right to travel on each of your trips

Always show the QR code or bar code on the ticket to the reader at the bottom of the device when boarding.

In the buses and trams, the device can be found near the entrance. For train journeys, the ticket device is at the station platform. Confirm your ticket before boarding the train.

Note: During the event ticket trial until the end of 2021, only December match tickets are valid for Nysse train traffic.

Park your car and continue your journey with Nysse

Do you live out of reach of a bus or tram route? You can still take advantage of the travel benefit included in the match ticket: leave your car in the free access parking area and continue your journey with your match ticket with Nysse!

More information on the park-and-ride >

Nysse will take you to the Ice Hockey World Championship

Tickets for the games of the 2022 Ice Hockey World Championship in Tampere will include the right to travel in Nysse buses, trams and trains in the Tampere Regional Transport. The City of Tampere will offer the public transport trips to games held in Tampere.

It will be possible to use the match ticket to travel on public transport buses and trams of the Tampere Regional Transport and on trains in the Nysse area (Tampere/Lempäälä/Nokia/Orivesi/Tesoma). The right to travel will be valid on the day of the event shown on the ticket in all zones from 6 a.m. until the following night at 4 a.m.